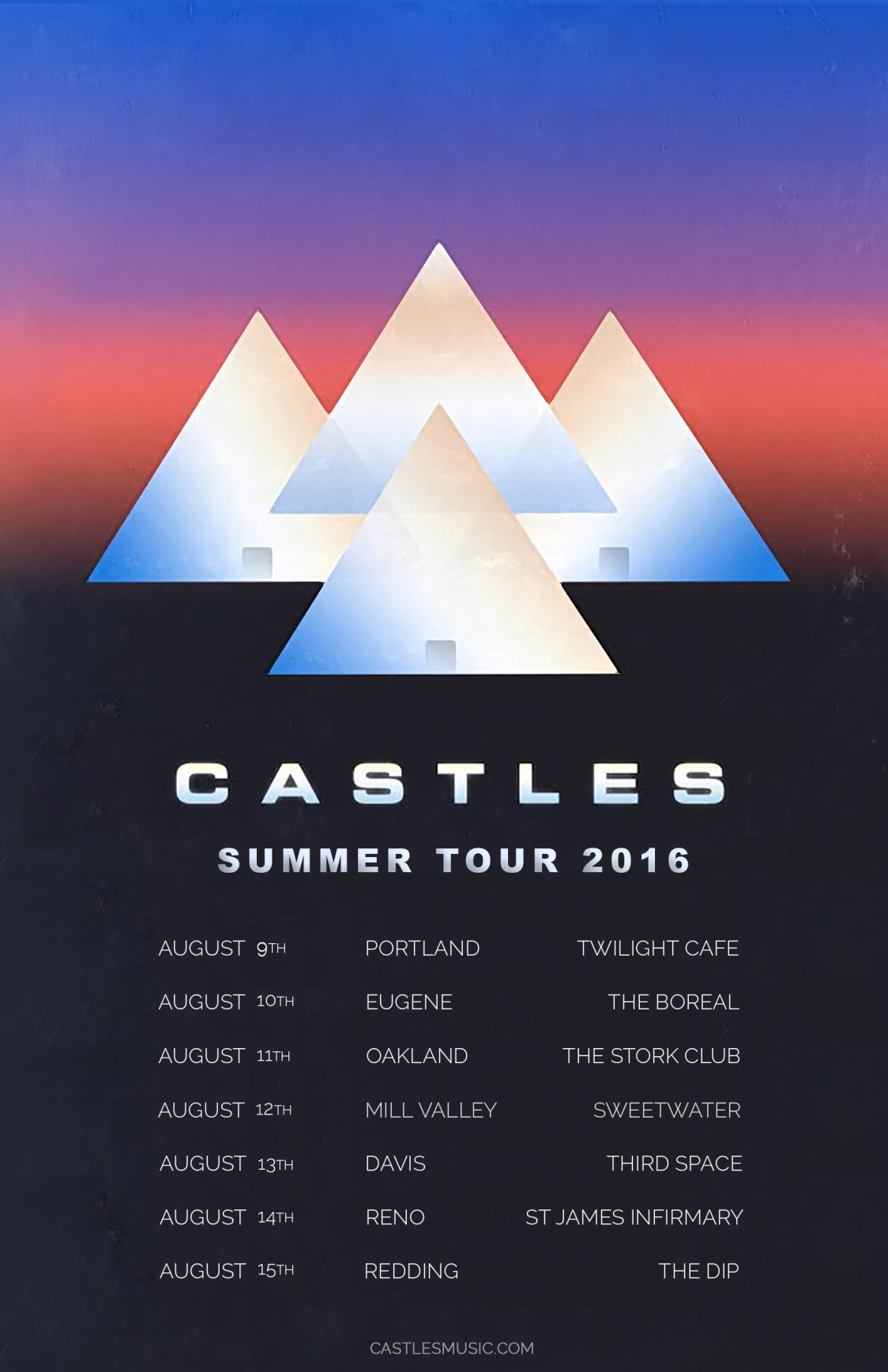 Castles Is Going on Tour

That's right, Castles is hitting the road, embarking tonight on a whirlwind, one week, seven city mini tour. They will be playing tracks from the self titled EP along with brand new material, some never before heard by human ear! See them now and rack up some "I saw them when" credit. The complete tour schedule is as follows:

Wednesday August 10th – Eugene, OR – The Boreal - With the Firestarters so two Robotboy bands for the price of one!